The imminent decimation of the British steel industry has a champion in Stephen Kinnock.

The Labour MP for Aberavon has argued to save the giant Port Talbot steel works via state aid and trade tariffs, but he has said little on the big issue that is facilitating the death of energy-intensive industry in the UK – The artificially high cost of energy.

This is Stephen Kinnock’s little secret.

Karl Koehler, the chief executive of Tata Steel Europe nearly blew it, he said “Energy is one of our largest costs and we are disadvantaged by the UK’s cripplingly high electricity costs.”

Britain has one of the highest energy costs in the world – higher than Europe, the US and China. Electricity is roughly 4 times more expensive in the UK than China.

The government is artificially inflating the cost of electricity.

In an attempt to reduce CO2 emissions, the EU has introduced and Emissions Trading System. On top of this, the UK government has added a “Carbon Price Floor” and the “Renewables Obligation”.

This means that government policy is driving energy costs up at a time when they should be falling.

Leadership “to save the earth” .. but not the people on it

In order to be seen to be “the world’s leaders in fighting climate change”, the UK government is guaranteeing some of the highest electricity prices in the world.

Coal-fired power stations are being forced into bankruptcy, the last deep coal mine in the UK has closed and the steel industry is on the brink of decimation. The  aluminium, cement and chemical industries are suffering too. The effect of the “green” energy policy is the closing down of the remaining heavy industry in the UK.

Last winter, the ONS estimated that 40,000 British pensioners died from the cold. They couldn’t afford to heat their homes. The effect of “green” energy policy is .. well you can choose your own word for this.

The cost of energy sounds dull, but it shapes society. The industrial revolution was based on harnessing the power of coal to drive machinery. Nowadays, industries from steel and aluminium production to running massive data centres is dependant on cheap reliable energy. The cost of electricity is an important factor in determining whether we have a new industrial revolution or watch the existing industry move elsewhere.

So why does Stephen Kinnock not mention it?

Stephen Kinnock has talked about government inaction and trade tariffs, energy cost has hardly been mentioned.

From David Cameron to Jeremy Corbyn to Caroline Lucas, no-one wants to talk about the impact of the green energy programme.

It is their guilty secret. 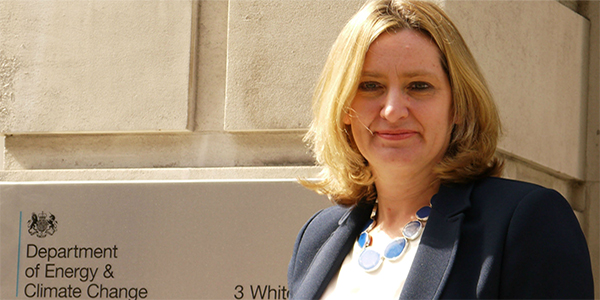 The real consequences of “green” energy are too difficult to face

The real human cost of the headlong flight to green energy are becoming increasingly obvious, if you care to look.

The cost of replacing fossil fuels is enormous – our entire society is based on it. Green energy is unreliable, expensive and, crucially, there are no benefits of scale. Costs only go up. One of the few countries where electricity prices are higher than the UK is Denmark. It is no coincidence that the Danes are 50% dependant on wind energy .. and then reliant on the German grid at peak demand on those cold windless days.

If you believe that climate change is man-made and will lead to the apocalypse, I suppose that any price is worth paying.

If you have built your reputation at world summits by taking a “leading role on climate change”, it’s good not to have this tarnished by the grubby reality of how this affects real people.

But what about the Chinese?

In three decades, the Chinese have developed a massive economy. They are building a road network larger than the US, in one decade. They have rolled out a 75,000 mile railway network (of which 12,000 is high speed).  600,000,000 people have moved from subsistence farming to a standard of living nearer to our own. It is the biggest transformation in human history.

The profound increase in wealth in China has been based on huge investment and trade across the world. Trade from which we in Europe have hugely benefitted. The reduction in cost for electrical and electronic goods is one obvious example.

World trade makes everyone better off. Countries, regions and companies invest and specialise and then trade to enable everyone to get the best products wherever they live.

The Chinese now produce over 50% of the world’s steel. As they face an economic growth slowdown, they face the same problem of over-capacity as everyone else.

So, we have a choice

We can blame the Chinese and start a tariff war. Those with an eye to history can see where this can lead to.

Or, we can invest in our industries and create the best environment for growth.

Stephen Kinnock could help by confronting his little secret and being honest. Fighting for cheap, abundant energy would be a good start.